This phrase makes me think of professional athletes, world-changing politicians, and Hollywood starts. Legacies have always sounded to me like something grandiose, wide-reaching, and inimitable. When I think of someone who’s left a legacy I imagine a new home-run record that will remain unbroken, a music career unparalleled, a state of notoriety and unbelievable achievement. Legacy has always seemed like a word reserved for the highest echelon of achievers.

As I begin to choose my career path and start my life here in the next few years, I’ve been giving some thought to how I’d like to be remembered. It makes for a good way to work backward and figure out what’s important in life. As a person who’s not only competitive but a little “Type A,” I assumed going into college that what would be important to me would be achievement. Move up the company, get the promotion, earn the notoriety. I of course valued other things, but achievement would be important to me, I believed.

But as I began to conduct this backward analysis of what I’d like my legacy to be, I found that all of the things which seemed in my mind to make up a legacy weren’t that important. At my funeral, I’d rather people be able to say that I affected them profoundly rather than that they’d just heard of me. I’d rather people to be able to tell stories of the depth of my impact, not the breadth. In other words, I realized that a legacy didn’t mean what I thought it meant.

This was reinforced through the death of my Great Grandmother this January. In her last few weeks with us, I spent a lot of time with her, and I got a true glimpse into what it means to leave a legacy. Grandma wasn’t world-famous and she hadn’t broken any sports records. What Grandma did was pass down her feisty spirit and admirable fortitude to all of the women in our family.

I’ll never forget one of my last conversations with Grandma. I told her that someday I hoped to be as sassy and strong as she was, and unable to speak, she wrote on a dry erase board “gene.” I looked at her with confusion, and asked her to write it again. She pointed at me, then pointed at herself, and rewrote “genes.” It’s in your genes, she meant to say.

I realized at that moment that I had come from a long line of amazingly strong women, and that the mental fortitude and spunk I had taken for granted as a family trait was Grandma’s legacy. It was the beautiful mark she was going to leave behind. She had raised strong women who had in turn been there during my life to influence me. She had made her mark on the world in indelible ink. Grandma had left a legacy worth admiring.

I’ve come to view legacy differently now. I realize that while it can be all of the big, flashy things, legacy can be found in the smaller things, too. Legacy can mean being an amazing parent or an unfailing best friend or a committed community service volunteer. Legacy can be comprised of abstracts such as awards, or it can be comprised of the anecdotes, encounters, and stories that people will share with each other at your funeral, as they share laughs and cry. Legacy is what you leave behind. Accolades are nice and achievements worth admiring, but at the end of the day I want to be remembered for the impact I made on those around me and on the world in which I lived. I want to be just like Grandma.

In memory of my Great Grandmother.

Inspired by the WordPress prompt “Don’t You Forget About Me.”

Here are some other bloggers’ takes on the prompt that I particularly enjoyed:

“Society is on a moral decline, the end of the world is near, corruption has ruled the day….”

Does this sound familiar? Seems like it’s the catchphrase of today’s adults. Ironically, you know where this (roughly paraphrased) was also written? On an Aegean scroll thousands of years ago.

Just goes to show you that little has changed.

I get frustrated when I hear older generations talking about how my generation is part of the decline. They cite obscene rap music, internet bullying, and over-sexualization of the media as just some of the ways that my generation has gone decidedly downhill. But in these discussions what is ignored or seemingly forgotten is how much capability my generation has for good.

Yes, with the advent of the internet, my generation has found new ways to emotionally hurt each other. We know how to destroy a life with a single click of the mouse. We’ve embraced music that has set us back in movements toward women’s equality and begun to see pregnancy as a topic for MTV entertainment instead of a beautiful process of life. We’ve certainly made different decisions than those before us, and with technology we’ve learned to sin in new and previously unimagined ways.

But every day, I am amazed at the capacity of my generation to love and to make positive contributions. Every day, I see posts on my Facebook wall by Humans of New York, a beautiful art project by a photographer who tells people’s stories through photography and snippets of interviews. I hear all the time about how internet users are using technology for good, like the heartwarming story of Scott Widak, a terminally ill man who received thousands of letters from strangers after his nephew posted about his condition on Reddit and his wish to receive mail.

My generation is doing so much good in this world. My peers are researching cancer treatments, starting innovative new companies, and revolutionizing many fields of industry. But most importantly of all, we’re still loving. We are not on some sort of irreversible moral decline. When the telephone was invented, I can imagine so many parents nagging at their children, “You and your boyfriend don’t hang out anymore…all you do is talk on the phone. You’re completely ruining human interaction.” These days, it’s texting, Facebooking, and Skyping. The new fad might be different but the situation is still the same.

While our world has changed greatly since the days of our parents, I don’t believe we have. I believe that we are still striving for good in the world, against the current of unpleasantness which exists today, and has always existed in some form. So for those of you that doubt my generation, be warned: we may sin differently, but we’re going to succeed and change this world in ways you haven’t yet imagined. 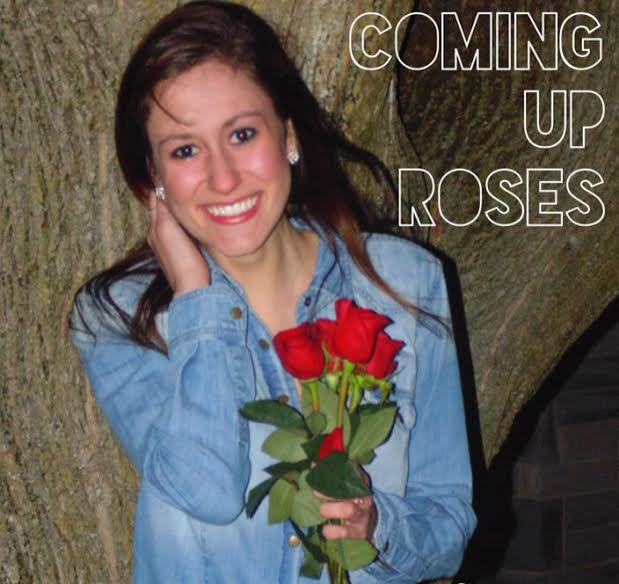